Churidars, Saris and Kurtis - oh my!

The most enduring picture most people have of Indian fashion is the sari. Found in every colour, pattern and material under the sun, these beautiful outfits brighten up even the most dreary traffic jam. However, living in Chennai is rapidly making it very clear that there is actually a wide variety of different styles of clothing for women to choose from. It's enough to make even the most fashionable western woman jealous. And, although I arrived with plenty of clothing to get me through the next few months, who could resist the temptation of an Indian shopping trip?


Aside from the ubiquitous sari, there are two other popular options for women's wear here in the city (aside form western clothes of course). The first is the traditional churidar. The term actually refers to the pants worn underneath a long tunic (called a kameez). These are designed to be very big at the top (with a drawstring) and ankle length. When purchasing, you often find the tops, pants and scarves pre-packaged as sets. The other option, more modern and popular with younger girls, are kurtis. These are similar to the churidar tops except they are shorter and designed to be worn with leggings.


Being young and relatively hip, I decided the kurti was the style I'd feel the most comfortable in. Tunics and leggings have been popular for years and are possibly the outfit you'd be most likely to see me in while running around London. Therefore, I thought it wouldn't be too much of a stretch to switch to the Indian versions. However, before you can purchase a new outfit, you must of course find the store. And so, my friend and I headed off like young people all over the world: to the mall.

It's amazing how comforting a familiar environment can be in a city so different from anywhere I've lived before (ignoring the fact that I used to live in Chennai... I was only two...). While I was honestly a bit alarmed to see such a commercial and western oriented place, I found I was also immediately at home surrounded by the brightly coloured shops, escalators, cafes, arcades and, of course, the movie theater. Although, I will admit to being pleasantly (and extremely) surprised by the indoor ice skating rink. The size of a small shop with blue lights reflecting off the ice, it was so distracting that I neglected to take a photo. Of course, this is a perfect example of the first lesson any visitor to India needs to keep in mind: expect the unexpected. In addition, there were other more obvious differences between this mall and those in America... specifically, the outfits on the mannequins: 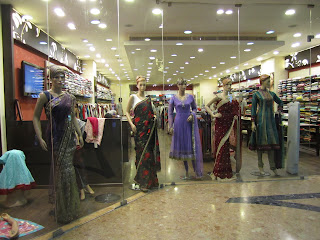 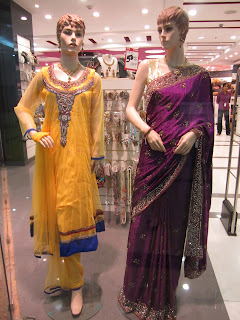 After having a quick wander around the mall, we settled in at Biba for what turned out to be a very successful shopping excursion. Half an hour later, I left armed with five kurtis, two sets of leggings and a light cotton scarf. In London, my wardrobe is fairly predictable with solid colour tops, black leggings or blue jeans, and boots. However, when in India... well, the magpie desire for shine, colour and pattern quickly wins out. 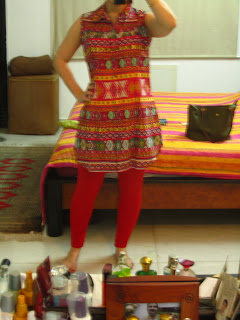 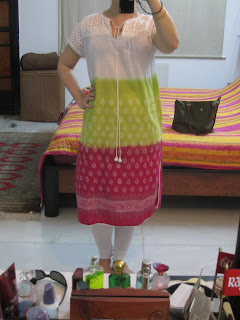 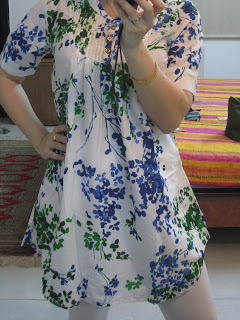 While I am currently feeling very overwhelmed by all the different patterns that now inhabit my wardrobe, I have been reassured by the positive reception they have received so far. 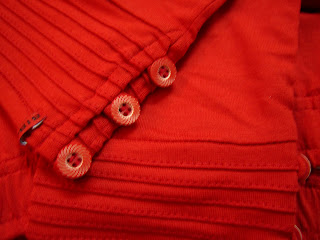 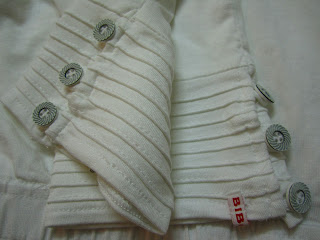 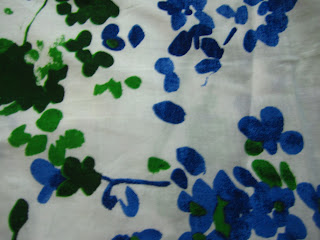 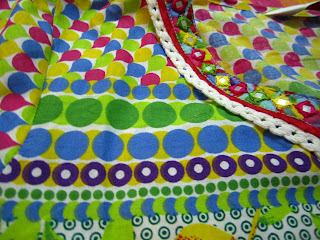 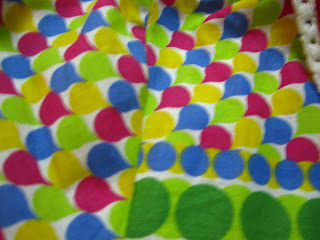 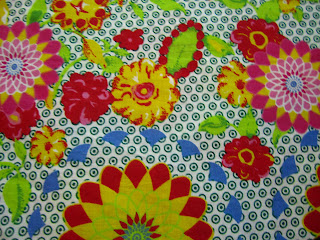 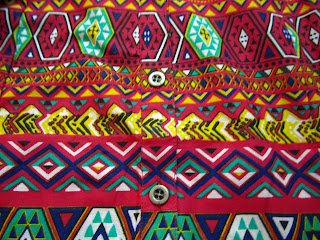 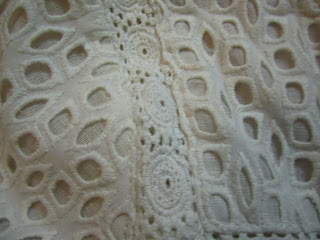 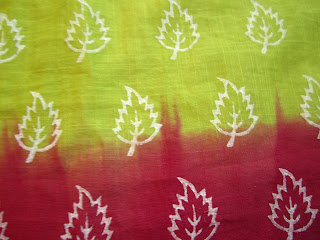 While still not blending in by any means, I am feeling at least a bit less conspicuous!
Posted by Caitie at 03:48